TO KILL A PETTY BOURGEOISIE
To Kill a Petty Bourgeoisie consists of Jehna Wilhelm, guitar and vocals, and Mark McGee, electronics and sound manipulation. Originally from Richmond, VA, the duo has been involved with this project for 4 years and has been supported by an ever-changing cast of players and musicians. They now reside in Minneapolis, MN where they run their own label, The Riley Bushman Recordings & Archives, which they use as an outlet to release various projects and collaborations. 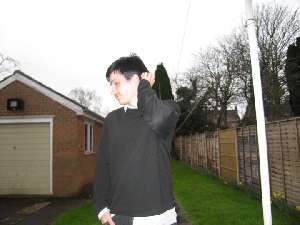 BODUF SONGS
Boduf Songs is the name taken by Mat Sweet, who lives in Southampton England. Sweet has released a number of limited edition CD-Rs by himself and friends working in various combinations and playing music that ranged from pure electronics to heavy rock on his Bluebaby Recordings label. Boduf Songs was Sweet's first attempt at recording himself playing his own songs. The album was recorded with an acoustic guitar, some cymbals, violin bow, toy piano, manipulated field recordings and a computer.

A demo CD-R got to kranky (among other places) and we were floored. Arrangements were made to release the Boduf Songs demo as it was, without re-recording. The immediacy of the songs overcame the technical limitations of the recording process. Sweet had created songs with memorable melodies, artful arrangements and carefully placed effects. The Boduf Songs album reminds the listener of a sunny English afternoon, with an ominous tinge of approaching clouds. Sweet's collaged album art, taken from Victorian books, lends a surreal air to the album. Mat Sweet will be recording a second Boduf Songs album under more ideal conditions for release on kranky in 2006.