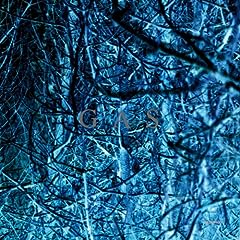 
pitchforkmedia hat geschrieben:Kompakt Reissues Gas Catalog in Box Set
As the co-head of Cologne, Germany's Kompakt label, minimal techno pioneer Wolfgang Voigt has spent this decade mostly focused on other people's music. But in the previous decade, his albums as Gas helped define the sound Kompakt artists are still perfecting.

Voigt and Kompakt will revisit the Gas catalog with the reissue of the out-of-print Gas, Zauberberg, Kônigforst, and Pop in a single four-CD/two-LP collection called Nah und Fern. Originally released on Frankfurt label Mille Plateaux, these records come restored and remastered for Kompakt's reissue in May.

Also in May, Voigt will publish a book through art and music collective Raster-Noton titled Gas: Loops. The book will present "the visual side of Gas," according to a press release, but its pages' specific contents remain a mystery. Gas: Loops will come with a CD featuring two tracks from the November edition of Raster-Noton's 1999 "20' to 2000" series (where artists were asked to soundtrack the final 20 minutes of the 20th Century), as well as various Gas loops and previously unreleased tracks.

pitchforkmedia, Mark Richardson hat geschrieben: ...Trawling through the iPod and the hard drive I brought with me, only one thing, it turns out, sounds exactly right, and it's not what I would have expected: Wolfgang Voigt's ambient project, the one and only Gas. This, friends, is the stuff. I'd call it comfort food, only I don't really feel comfortable when I'm listening to it. I feel protected, in a way, but still uneasy. Voigt didn't wind up on Virgin's 1994 Ambient 4: Isolationism compilation-- he wasn't making this kind of music yet-- but "isolation" is what this music is all about. These Gas records are like a shell into which I can pull my limbs while I wait for the next thing.

I've written a fair amount about Pop, the year 2000 swan song for Gas that found Voigt ending the project on a completely different note. Where the usual Gas textures are murky and hidden by shadow, Pop was prickly and fizzy and clean, an aural soda with all the textures easily visible on the crystalline surface. It also, during its more stable first half, veered pretty close to new age, and it wound up having broad appeal, finishing twelfth in Pitchfork's list of the Top 20 albums of 2000. I still love it, but Pop isn't the Gas I've been listening to recently. The earlier, darker Gas is the kind of world I want to sink into.

The more I hear this music, the more I wonder how it happened. How did Voigt think to combine these particular sounds in this way? A few pieces have very clear reference points. The opening track of from the 1996 self-titled album (Voigt mostly eschewed track titles for these records) purrs and wheezes and rumbles in place, a half-dead machine bleeding steam, and it's not terribly far from the cavernous drone of Steve Roach. The first track on 1997's Zauberberg is a sky-cracking pillar of spiraling organ drone, cycling through chords as if ascending steps to the clouds, and it's something Florian Fricke of Popol Vuh might have loved.

But if you go back even further, to the first track on the first release-- this one with a title, "Heller"-- from the 1995 Modern EP, you hear everything that was uniquely Gas was present from the outset: a sample of god-knows-what-- guitar? Moog?-- is warped beyond recognition and streaked with a distortion that works an edge between grating and blissful. It sounds like a paper-thin sheet of brushed chrome flapping in the breeze, and the thing providing the wind, of course, is the kick drum. The kick, as the other textures bend and twist and transform, defines the Gas project most of all.

If one can be a virtuoso of a beat as simple as a programmed 4/4 kick, then Voigt is certainly a virtuoso. A device with its roots in disco-- music for partying-- becomes in his hands an instrument of tension and existential dread. When the Gas kick is humming, you can sense death moving toward you, steadily, inevitably, its march perfectly synchronized to the beating of your heart. After the opening wash of Zauberberg the 14-minute second track snaps up back into reality, and as Wagnerian string samples swirl in place conjuring a nameless danger, it's the drum beat that carries the piece's emotional weight.

Voigt is pretty much god these days, of course. He started Kompakt with Michael Mayer and Jürgen Paape, without whom the last ten years of music would have been tremendously different, and he's regularly name-checked by the dozens of producers heavily influenced by his style. Kompakt's Pop Ambient series, started, curiously enough, after the dissolution of Gas, is now in its eighth volume, and it essentially gathers the best work of those building on Voigt's ideas, though some years are more varied than others. Some years, it's like if the Rolling Stones had curated Nuggets.

As to why music so grim sounds so wonderful at this moment, when everything is in flux, that is harder to say. Maybe it's something about surrender, submitting to the ultimate fact that the light at the end of the tunnel is an oncoming train. Knowing that, and accepting it, maybe, lends a certain power. The greatest Gas track of all alludes to this idea. The epic, 15-minute " Fünf,", a continual source of inspiration and renewal from 1999's Königsforst, embodies the entire cycle of the process. It's also one of the only Gas tracks with a clear progression. The samples here are of orchestral horns. First, we hear open trombones pitched down a bit, playing deep notes suggestive of doom. A funeral sound, surely, and when the beat very gradually fades up between the drone we're squarely in quintessential Gas territory.

But something unusual happens as "Fünf", reveals itself. The deep, matte-black drones gradually add two higher horn notes that ascend in pitch, followed by a quick hit of an organ chord. The cycle-- turning bass note drone, followed by the brighter horns-- repeats constantly over the course of the piece, the higher bits getting slightly longer and louder with each passing bar. There's no promise in those notes, no sense that everything is going to be all right, but there's plenty to inspire. It's the whole world of Gas boiled down to a single brilliant quarter-hour. Walking down a new street with "Fünf" playing loud in my headphones, I feel ready.